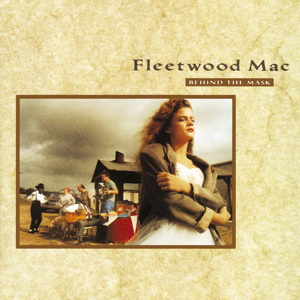 Buckingham’s replacements, Rick Vito (who played with almost everybody in the 70s and 80s) and Billy Burnette (whom I detailed on my May 27 post here) are songwriters too, not just hired guns to fill in for Buckingham on guitar. As such they do contribute to the overall sound and feel of Behind The Mask which is as different from the Rumors era FM as Bare Trees was to the Peter Green Era.

I love this band and don’t want to crap all over this record. I’ll just say that Buckingham’s fingerprints are missed. His solo work of this era was a mixed bag too, so maybe there about being one of the biggest bands of all time that can skew your perspective.

Here’s a horrible video of Christine McVie singing the only single from the album, Save Me: