“I may have attended my last arena concert last night.” I say this every year about this time.

We go to a lot of live shows. But there always seems to be a year end big rock show at the Spokane Arena. Last night it was a trio of Tesla, Styx, and Def Leppard.

The good news was there are only a couple of songs in the whole evening that were not recognizable. With these oldy moldy bands The Greatest Hits concert is alright by me. 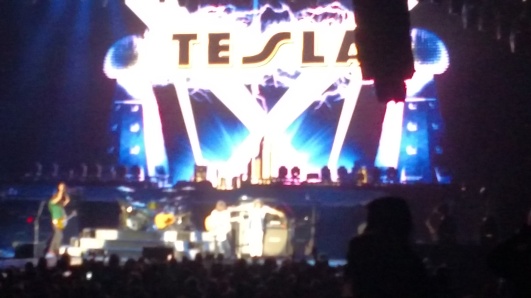 Second act Styx really stole the show!. Guitarist and vocalist Tommy Shaw still had great chops on the guitar and his singing voice was album perfect!. Singer and keyboard player Lawrence Gowan filled in flawlessly for Mr Roboto Dennis DeYoung … so much so that DeYoung was not even missed. 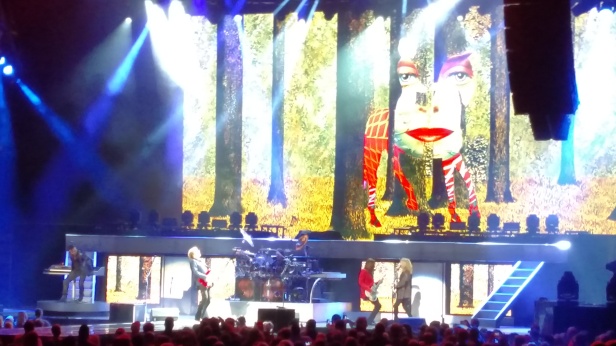 Styx kept mainly to songs from the albums Paradise Theatre, The Grand Illusion, and Pieces Of Eight.

Headliners Def Leppard came out to thunderous applause from the capacity crowd. Here’s where things started to go downhill.

The band was great, don’t get me wrong; Phil Collen was a fountain of youth presence on stage left, Vivian Campbell held down the rock god persona on stage right, and Rick Allen was fantastic on the drums.

The problems came with lead singer Joe Elliot’s voice. The sound guy for the band was obviously hard of hearing and the Spokane Arena was showing off its inability for anything to sound good in the room. 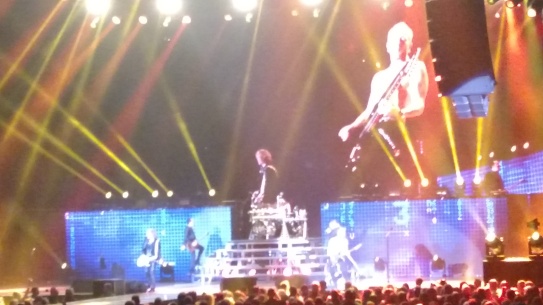 A Joe Elliott solo vocal, acoustic guitar song 10 songs in woke up the deaf soundman (or maybe the light guy stepped in) and the sound was much better for the last half of the show.

Apart from the horrible sound, the real problem was my fellow human beings in this venue. Up and down and up and down, no one could sit (or stand) in their assigned personal space! Folks were swilling beer like it was a freaking ball game and sloshing it all over us professionals that pre-loaded on cheap drinks before the show. We were constantly having to move out of the way for someone coming and going. Very distracting and nearly ruined our night.

All in all I think I will pass on the next big arena rock show. Instead, I’ll cuddle up in front of the stereo with my gal and my copy of Styx Paradise Theater with the laser etching on side two!