Today is also the birthday of another famous musical John, John Entwistle (also R.I.P.). Also Jackson Browne  has a birthday today, as does Polly Jean Harvey.

Rather than re-hash one of Lennon’s early records, I thought I’d just jump to his final non-posthumous release Double Fantasy: 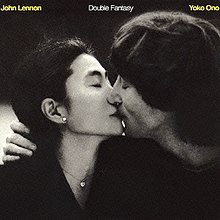 Initially panned for too much Yoko, I love this record. I think the conversation between John and Yoko, one of his songs, one of hers, was genius! The studio work is great and the album sounds beautiful.

Double Fantasy was Lennon’s “comeback” album. He’d taken years off to raise his son and had no obligation to any record companies. He included my favorite Lennon song Watching The Wheels on this album as way of explanation:

“there’s no problem, only solutions”

One thought on “October 9”