Although he was only 24 years old when he died… and had just begun to taste major success, he left a lasting impression on music and musicians that still resonates today.

Duane Allman was invited to the studio sit in with the Friends group and Eric Clapton in a Miami studio and, according to Clapton, they were inseparable during those recording sessions. Eric called Duane “the musical brother I’d never had but wished I did”.

Of course, these recording sessions became Layla and Other Assorted Love Songs: 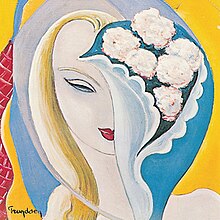 …by the band known as Derek and the Dominos.

It is a fantastic mix of blues the standards, covers and original music… Critics have called Layla Eric Clapton’s high water mark. I don’t know enough about Clapton’s other work to agree or disagree, but I do know that this is one of my favorite records.

One thought on “November 20”