The one and only proper record store in northern Idaho moved to a bigger, brighter space early this year… and that is a miracle!

First off, let me explain northern Idaho a bit. This top-most region of the state, known as the “Panhandle”, is known for its beautiful mountains, forests, lakes and rivers. This record store is in the city of Coeur d’Alene, a name French fur traders assigned the Native Americans of the region.

It’s a resort town situated on the north shore of Lake Coeur d’Alene with easy access to nearby Nordic ski areas, an amusement park, a golf course with white clad caddies and a floating green and some of the best summer recreation in the world. It’s also home to the Republican Nation Headquarters for Western States and has some nasty history of tolerating people with even farther right-wing views. A couple decades-long influx of disaffected California conservatives and LDS Elders has turned Idaho into the reddest of red states… right of right on the American political spectrum.

Growing up in the region, I’ve watched the working class, Union inclined, forester/miner/rancher/farmer folk slowly morph into Gadsden Flag waving “sovereign citizens”, more likely to spurn a Beatles record than to spin one.

So, as unlikely as it may seem, the Long Ear, a record store replete with tie-dye hippy clothes, 420 bumper stickers, incense and hookahs, has existed in conservative northern Idaho for over three decades… and it’s expanding!

I found myself in Coeur d’Alene (also know by it’s initials: CDA) last week with a spare hour and decided to check out their new digs! Generous west facing windows overpower the ample florescent fixtures making for easy digging through the racks of new and used vinyl and CDs. Several listening stations are scattered around the perimeter, interspersed with racks of T-shirts, posters, new and used gear and head-shop paraphernalia. The place is downright roomy compared with their old location, and the helpful staff detailed plans for further expansion. 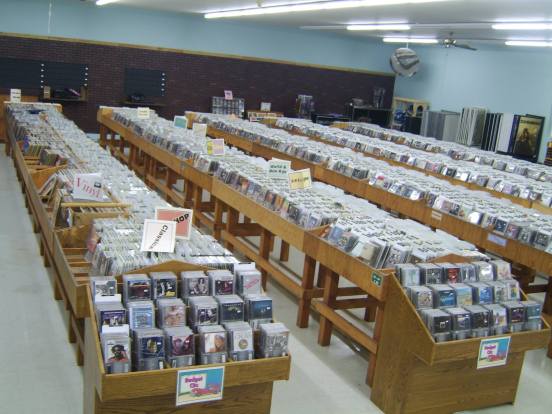 They even have a shop cat mascot:

On this day, I was just browsing. I hadn’t actually planned a significant purchase. But then, there was this:

A box set of Pantera records… all five of their studio albums from 1990-2000, on colored vinyl no less! Now, I’m not a Pantera fan, but my wife definitely is! In fact, our first date was spent gazing into each other’s eyes across a radio station control board… admiring our Sennheiser headphones and breathlessly debating the merits of “Cowboys From Hell” through EV microphones to an enraptured audience of a few late night drunks. She was pro. Me? Not so much. But that’s a story for another time.

Here in CDA I found myself, a crate digger with a thrift store vinyl budget, fondling a $99 Pantera box set, weighing the pros and cons of a purchase:

Pro: Even the re-pops of these records are expensive and the originals are impossible to find.

I decided to do what any good digger would do, search online for a better deal! Consulting Ebay, Discogs and Amazon, I managed to find one for $85, new in the shrink, free delivery. In the end I made the obvious decision… if I want the Long Ear, or places like it, to stay in business for another 30 years I better spend some money there. Don’t cheap out!

And I felt good about it.

On the way home I hit a couple of thrift stores but came up pretty empty. There’s one store in particular that I’ve never had any luck at: The Union Gospel Mission Thrift Store. Often, they won’t have a single vinyl record in the place, so I’ll mostly just skip it if I’m in a rush. This day I wasn’t so I decided to stop. I guess the vinyl karma took a little while to catch up because this stack of records was waiting for me:

A couple dozen 1970s era jazz/fusion records, sone smooth jazz and some other cool stuff… all in VG/VG+ shape… $0.20 each!

So here’s hoping that some vinyl karma comes your way very soon.

I, Mark, being of sound mind and body, do swear that this is my last will and testament.

To my executor, whomever that may be when I finally kick the bucket, here is what I want done with my corporal remains.

Yep, sell all my vinyl. (Consult the Discogs database! Don’t let those jackals lowball you!) Give every penny to And Vinyly… don’t cheap out! There is an option to have the thing distributed “worldwide through reputable record stores*”. I want to make a number one on Record Store Day the year I croak!

Also, spring for the FUNeral… I’ll be dead and not give a shit, but I’d like people to have a little fun.

Finally, a word about the content. Don’t be fooled by the prepackaged garbage that they will try to sell you at 250 to 500 British pounds per track… you have better taste than that!

This thing will only be 12 minutes per side so we have to be economical. I would request one song each from the Beatles and Led Zeppelin. Something off of Abbey Road and Presence as those are my two faves respectively. Also, something from Miles or Monk or Trane… in honor of our Sunday jazz tradition.

Other than that? Maybe something from Hedwig or The Flight of the Chonchords or some other weird or macabre selection that exemplified me? I’ll leave it up to you.

It would probably be okay to include something that would totally piss me off… I’d do it to you.

The bottom line is to put it together to get people out on the dance floor and moving. After all, that is what life is all about.

See you in the hereafter…

*I don’t know that I’ve ever been in a reputable record store.

He was ever-present. From my earliest musical memories; my sister’s hand me down Beatles albums, to some of the most recent music purchased, Sir George Martin’s fingerprints were on at all.

In the video era,  revelations on The Complete Beatles and more information on Anthology, George Martin was the gatekeeper to understanding my favorite band. 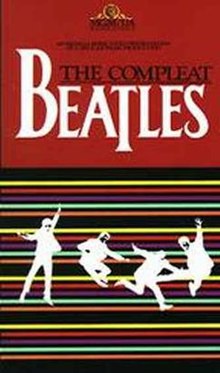 Even after the split and the band were trying to distance themselves from each other, he was Keeper of the Flame… working on solo albums, re-releases and compilations right up until the most recent re-imagining for Cirque du Soleil. 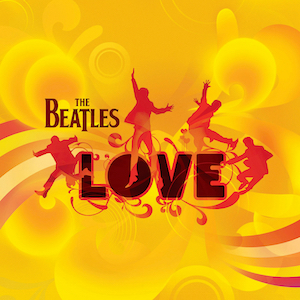 Now, with the hundred word stringer articles piling up in my breaking news feed and your name trending ever higher on search engines and social media… your Wikipedia profile already updated… I remember the joy and solace you brought to my life as the real 5th Beatle. Rest in peace George Martin, and thank you.