We had beautiful weather here for Record Store Day 2016 last Saturday. With two participating stores in town, and numerous special events scheduled, I was really looking forward to getting out among my fellow vinyl enthusiasts.

I had 3 exclusive releases on my list, the deluxe reissue of the Emmylou Harris Wrecking Ball album, a 7 inch split Faith No More / Bee Gees release that my wife was interested in, and the reissue of the Etta James At Last album.

Our newest record store, Garageland, threw down the gauntlet by opening doors at 7 a.m. The crowd was modest but enthusiastic and many patrons walked out with armloads of new vinyl treasure. I did manage to find the Etta James here but the other two would have to wait. 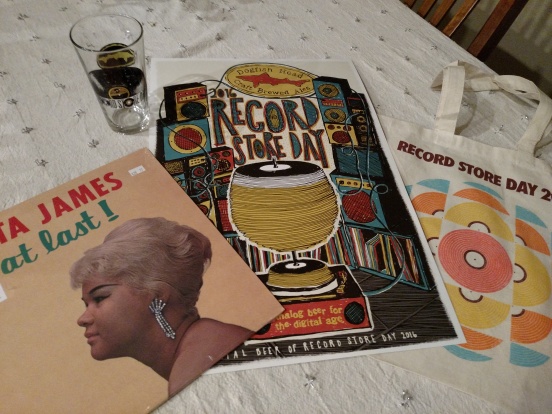 The next store on the list, 4000 Holes conveniently opened their doors at 8 a.m. A slightly larger crowd filed in to the well-lit and very efficiently laid out space. As the 50th person through the door I was doubtful that my goal would be met and, unfortunately, I was right! A short chat with the owner uncovered that there had indeed been two copies of Wrecking Ball in the store when the doors opened but they both went very early. Strike one!

As for the Faith No More / BG split, it was nowhere to be found. Strike number two.

So, I was one for three on my record store day exclusives but I did end up scoring from real treasures in the non Record Store Day inventory.

The first score was at 4000 Holes where 3 excellent condition early Metallica albums were stashed the new arrivals section. 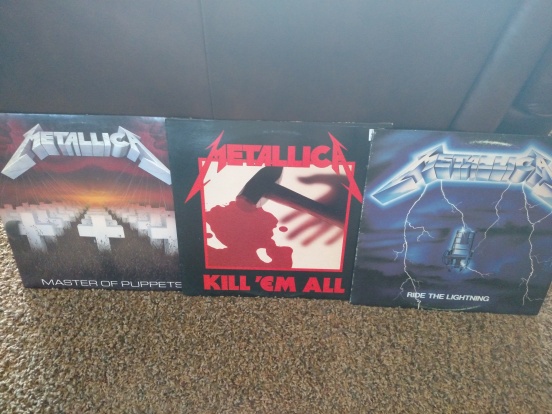 At just over $25 each, I feel these were extremely undervalued. To boot Metallica is at the top tear of my wife’s favorite artists.

The next big score came from a special event… a local record collector held a pop-up record fair at one of the live music venues downtown. He brought several thousand records for people to dig through in the performance space. A local singer-songwriter provided entertainment, and the venue sold beer and Cocktails! It was a real pleasure to dig through boxes and boxes of $3 vinyl while sipping a good beer and listening to music.

Here we ended up filling many gaps in the collection, Stevie Nicks, Phil Collins and others. My wife found a mini copy of Dio’s Holy Diver album and an almost perfect copy of Queensryche Rage for Order. I found an unopened copy of Tom Petty and the Heartbreakers Southern Accents and an unopened copy of a Willis Alan Ramsey record.

It was a beautiful and fun day and one that makes me appreciate this hobby even more.