So I’ve been doing pretty well at the thrift stores and yard sales this summer of 2016. I’ve managed to score several albums on my want list and even a few Holy Grail items!

But one recent vinyl find spurred on some research: did the story inspire  the album?  Or did the album inspire the story/movie?

The album was my newest acquisition to my expanding Elvis Costello record collection: the 1986 album Blood & Chocolate: 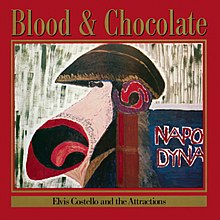 So, how are these two things even remotely related? It turns out the movie title is exactly the pseudonym used by the pseudonym that is Elvis Costello:

… and he had used this pseudonym as far back as 1982. So, the movie’s director Jared Hess had to be a massive Elvis Costello fan right?

As it turns out, not so much. To this day Hess remains adamant that he heard the name from an old Italian man he met while doing a Mormon missionary work near Chicago Illinois.

I’m not so sure, maybe someone should ask Pedro?

Regardless, Blood & Chocolate has been on my turntable pretty much non-stop since I brought it home last weekend. It’s a fantastic record and has risen to the top of my Elvis Costello favorite list. (Plus, in numerous interviews about the subject, Hess admits to being a huge hip hop fan, so screw that guy!)

Now on to my next mystery: is Leonard Cohen actually Al Pacino? 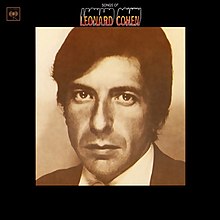