I’ve had a long and complicated relationship with Kenny Loggins. 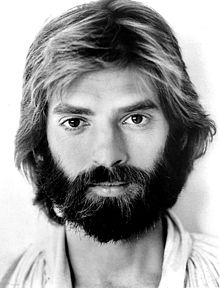 It all began in the early seventies with the Loggins penned Danny’s Song… but I’m sure it was the Anne Murray version that I came to love first.

Soft rock hits like The House On Pooh Corner competed along side like-themed songs of the day Muskrat Love and Disco Duck.

Later radio-friendly edits of Your Mama Don’t Dance and Angry Eyes solidified Kenny Loggins’ spot as one of the great soft rock hippie songwriters of the era.

I lost track of Kenny in his solo years… until this happened:

Although these movie masterpieces weren’t really my thing, they made Kenny’s music culturally iconic above and beyond whatever he could have done otherwise.

I rediscovered Kenny Loggins music over the past couple of years, both with Jim Messina and solo. I find it to be earnest and soulful, even funky at times! Sure, there’s a lot of sappiness in there too, but sappy can be good when you’re in the right mood.

I got to see Kenny and his fantastic touring band here recently. His debut solo album, Celebrate Me Home, came along. It was like visiting with an old friend.