45 years ago today, January 7, 1972, in the British weekly paper The St. Cleve Chronicle & Linwell Advertiser, a scandal was revealed.

The Society for Literary Advancement and Gestation (SLAG) reversed their previous decision and stripped young Gerald Bostock of his first place prize in the Literary Competition. 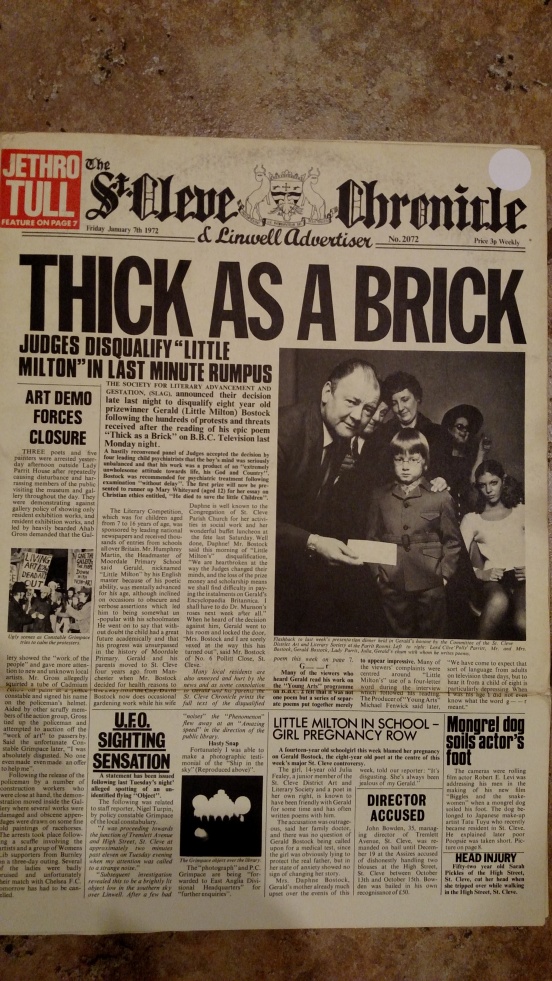 The distinguished SLAG committee reconvened a panel of judges and held an inquiry with child psychiatrists. These psychiatrists found that “Little Milton’s” work was “extremely unwholesome toward life his God and Country“.

the riveting lead story in this week’s SCC&LA in no way detracts from other important stories of the era including non-rabbits, unfinished wars, emperor penguins (stuffed or whole) and numerous people dying on Christmas.

And of course there’s a crossword and a connect the dots… for the children.

To say that the major beat group Jethro Tull had a one-track mind when recording “Little Milton’s” poem would be an understatement.